I love to quote this every time I write an article about Raspberry Pi camera. “Even with the best of camera hardware, we are still slave to its features. Thanks to the raspberry pi camera, we will make a camera do whatever our heart desires.” So I have done it again. The inspiration for the novel use of the camera this time was not so fancy. I had an issue with the toilet leakage and we called the plumber. The plumber was trying very hard to see behind the toilet using his phone flash light but there was not much space. I thought I should help him with my Raspberry Pi camera but the whole unit including the Raspberry Pi is big enough for it to go through to the back. I searched on the Internet for longer ribbon cables and I found one which was 1 meter in length. I procured it and made it into a snake camera. The technical name for a snake camera is borescope. In this article, I will not be giving all the configurations of the borescope but I will guide you to the right resources. As I always say “I am not an innovator, I am an Integrator”, so I will guide you to the resources of the innovators. 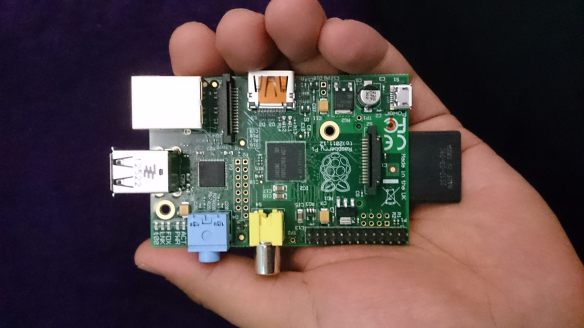 It is better to get a Model A Raspberry Pi as our project will be mobile and there is no need of Ethernet port. Also, since our Pi will be battery powered, Model A has a very low power consumption. 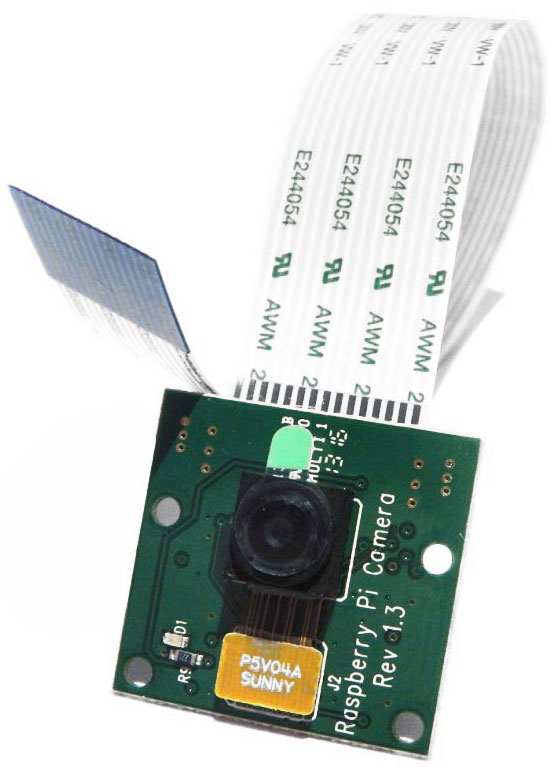 There are 2 options here, one is the normal camera and one is the NOIR. If you intend of shooting or viewing things in the dark using IR light, it is better to take camera NOIR.

This is the part which sets this project apart. I have procured one which is 1 meter long. The site I have procured it from has cables of multiple lengths but the maximum is 1 meter. You can get it from this URL. I here that even Adafruit has started manufacturing longer cables, even 2m long. 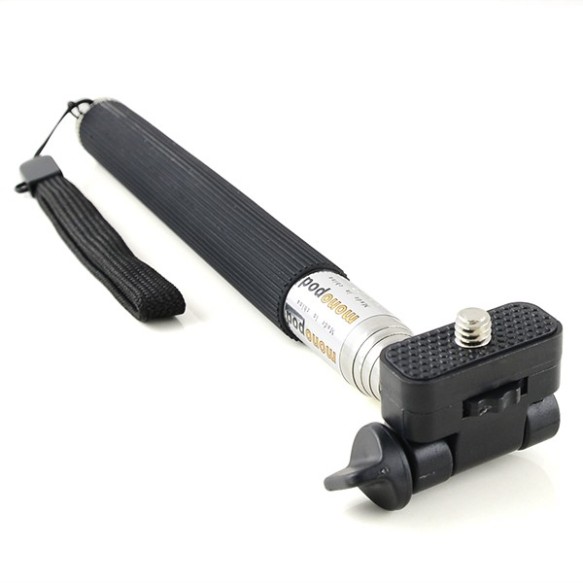 This requirement can be fulfilled by different people in different ways as this is DIY. I got different suggestions like flexible mic stand, copper earthing strip, etc. but I went for the free alternative. I had a Selfie stick lying around which I used. 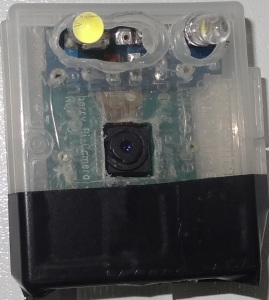 I had an SD card case which I was using previously for another RPi camera. I used it with few more holes to accommodate the LEDs and also made one hole at the bottom which will form the female end to the tripod screw of 1/4-20 UNC. 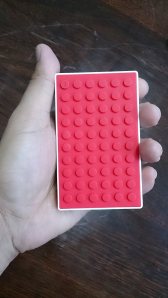 A portable power is required so as to power the Pi on the move. The capacity of the battery depends upon the amount of usage on single charge. I have batteries of capacity 4000, 5000 and 6000maH which work fine with a Camera connected to RPi. In order to keep a smaller footprint, I bought a sleek battery of 2000maH. It is able to drive the Pi but as soon as the camera would start, it fails to provide enough current to run the Pi. So you have to be careful if you are purchasing a battery for your Pi.

The basis of this project is that the camera will be on the head of the monopod and all the other things like the Raspberry Pi and battery will be at the handle of the monopod. The 2 components will be connected via the long ribbon cable. This way you can put the camera at places which you normally won’t be able to insert cameras. 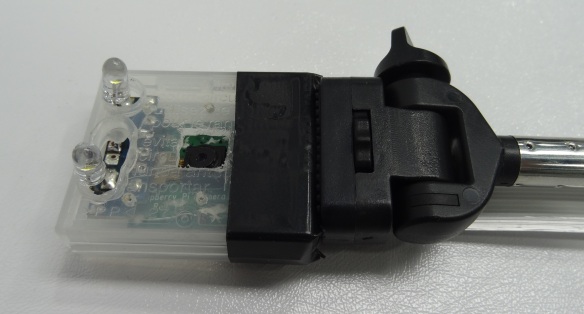 The Raspberry Pi camera present in the case along with the LEDs will be capturing the video which will be aired by the Raspberry Pi.

The Raspberry Pi will host the web server via which we can control the camera. I always install the RPI web interface which is a very good interface to control the camera. You can install it as per instructions from here. We will modify several things in the web page as those are not relevant to our camera. The RPi should have a wifi adapter connected so that we can access the camera web interface via it. It is preferable to make the Raspberry Pi as an access point as there will be no wireless network outdoors. This is so as to access the web interface of the camera from your smart phone. If you are not able to make your Pi into an AP (for some reason my wifi driver was not supporting the AP), you can enable Internet sharing on your smartphone and make your Pi connect to it.

We can use our smartphones to access the web interface of the Pi which acts as a viewfinder and also we can start/stop the video via the interface if we have to shoot for later analysis. In order to comfortably view the output of the camera on our phone, we will have to increase the size of it via HTML.